Mould is not only unsightly. It is also dangerous to your health. Ignoring mould isn’t an option. Especially when painting your interiors. We often get asked if you can you paint over the mould?

It might seem like an easy fix, but there are plenty of reasons why you shouldn’t paint over a mould spot. Even when mould is painted over, it can still be harmful to your health. It needs to be removed not just covered up.

So, What Is Mould?

Mould grows in warm, moist and dark spaces in your home. If ignored, this fungus can become widespread and harmful to those living on your property. Mould is a common issue in many homes and is often found where there is water damage, including flooding and leaks. With moisture and warmth, mould can become an issue.

Mould spreads very easily. Spores float in the air to other areas of your home, causing an infestation to become worse. This can result in serious health issues for people and pets that are exposed. It can trigger allergies, cause eye and skin irritation, and lead to respiratory infections and breathing problems.

At the same time, mould can cause serious property damage that will be costly to repair. Special cleaning products and methods are necessary to rid your property of mould and prevent it from returning.

What Is The Problem With Painting Over Mould?

Some homeowners turn to paint when they see mould, treating it like any other blemish or blotch on a wall. Mould-resistant paint can help prevent mould growth – but this is only true where there is no mould present. A fresh coat of paint will not resolve a nagging mould problem. If you already have mould, even mould-resistant paint will not kill it.

Paint does not kill mould or stop it from spreading once it’s in your home. This low-cost solution can make things worse and only delays the inevitable need to address it properly. Paint will only temporarily keep mould out of sight, meanwhile, it is still there and growing. Paint can help mould grow, especially if there is also water damage. Spores will also still be floating through the air and spreading to other areas.

In the end, you waste time and money painting while mould growth continues. This temporary fix could also cost you more in the long run.

Signs That Mould Is In Your Home

If you are renting a property or moved into a new home, you might have a situation where mould has been painted over. Signs that mould might be covered by paint include an obvious smell of mould or a musty odour.

You might also see stains that show as a dark or brown colour. The white paint that appears yellow might also be a sign. Bubbled or warped paint can also indicate mould under the paint’s surface. Also, bowing ceilings and walls could be a sign of water damage. Where there is water damage, mould will usually follow if it is not fixed.

If you are selling a property, you need to inform buyers of any problems with your home including mould issues. Mould can lower the value of a home. It can also make a property uninhabitable if the infestation is serious. If the issue is left unresolved, potential buyers may be turned off and your property might sit on the market for months. Mould remediation is essential to avoid costly delays.

To ensure your property is safe, consider completing a property survey. Whether you are moving into a new home or suspect water damage on your property, a survey will help identify any issues including mould.

Identifying issues will help you get them resolved before you complete a sale or sign a rental agreement. This information is also useful for professionals to identify steps to fix any problems that might endanger your health or your home’s structure.

Talk To The Professionals

If you find mould constantly appearing or if mould is covering a large area, a professional will ensure the problem goes away for good. A professional can identify where excess moisture is present and the sources of moisture.

Leaks and water damage, for example, will be properly addressed. Steps are also taken to clean and kill mould to avoid reoccurrences while also remediating sources of excess moisture. Finally, a mould-resistant primer is used on walls and areas that are prone to warmth and moisture to help prevent mould from returning.

Our experts also give you important advice on how to prevent mould, including how to control your home’s humidity levels. Once the job is done, the final touch will be a high-quality coat of paint. Don’t risk your health or your family’s health. Remove mould quickly with Painting Dublin. Get a quick quote or contact us for more information. 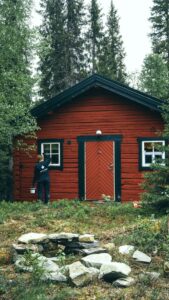 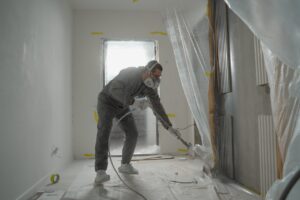 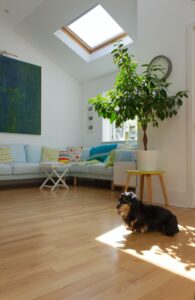 How To Match Wall Colour With Wooden Floors

We use cookies to ensure that we give you the best experience on our website. If you continue to use this site we will assume that you are happy with it.OK